I’ve experienced a pull my entire life to understand the incarnations of the Divine Feminine. It feels like a lost lineage that my heart and soul are connected to, and the more I learn, the more I feel that I belong! During my teens I studied Classical Indian Dance, and this method of storytelling through Mudra and Movement inspired me to study Indian sculpture and art as a way to inform modern Asana practice. This is where I first encountered the 64 Yoginis.

14 years ago I moved to India to live in the holy city of Varanasi, on the banks of the Ganges river. I absorbed sacred texts and teachings, and ventured out wrapped in my dupata (shawl), to explore the temples of the Das Mahavidyas, local folk Goddesses, and Yoginis. The goddesses gazed back at me every day on these walks as I got to know Varanasi, its mazework of alleyways, passing thousands of temples and shrines. I learned the history and language so I could communicate with people and understand the myriad of traditions. The respect and devotion with which I learned to be in Varanasi has honored me as a welcome participant in the clockwork of rituals, which are a way of life in India’s holiest city. 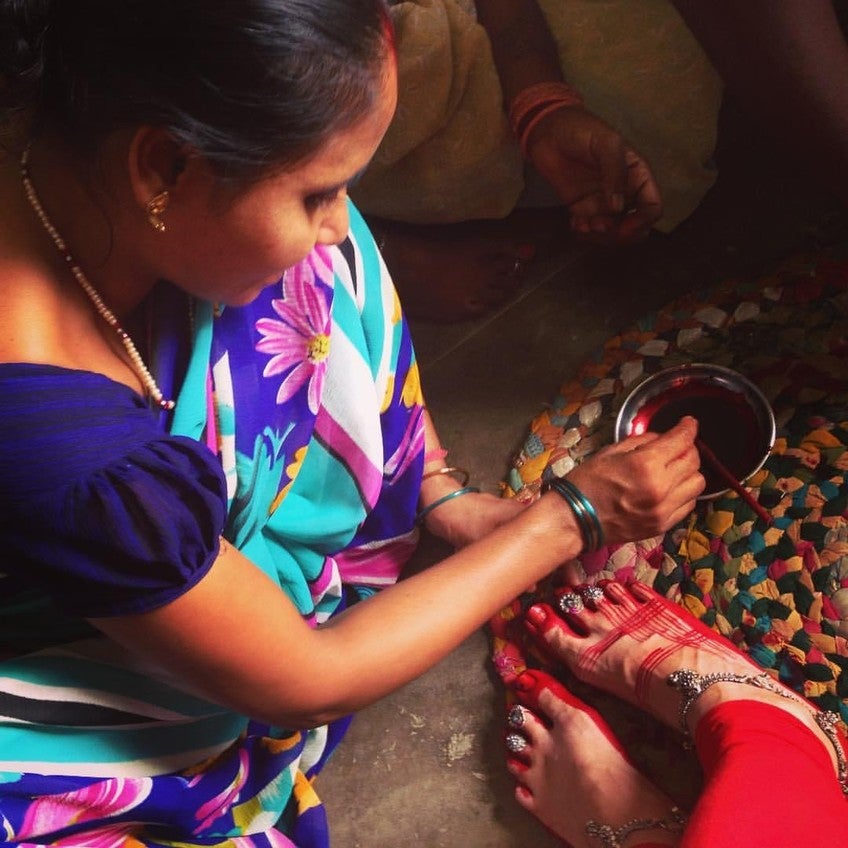 Alta painting
From the earthy richness caked in red sindoor powder anointing the Goddesses, to the traditional painting of red alta (vermillion) on women’s feet, I’ve been fortunate to unravel a thread of understanding these traditions that still thrives in India today.

Shakti: The driving force of the universe

As practitioners of Yoga, we hear the name "yogini" in various incarnations; a modern spiritually inclined human of the female gender who is adept at Yoga Asana. The ancient divine nymphs who fly around the sky or seductively lure one deep into the forest and can impart wisdom or cast curses. The woman who has taken the vow of sannyas, dresses in orange, is a brahmacharini (celibate), and devotes her life to intense spiritual practices. As yoga practitioners, do we align ourselves with this title? To understand the Yoginis we must first understand what Shakti is.

The roadmap of the Vedic system tells us that all elements manifest in the union of the feminine and masculine; Shakti and Shiva. Shakti itself is the energy of transformation and manifestation, feminine in nature. In Varanasi, there is a saying that "without Shakti, Shiva is shava", a corpse, completely unable to manifest. Shiva as the Lord of Transformation requires this energy in order to carry out his task of necessary change. The role of the feminine as embodied Shakti is the driving force of the universe! So who are the Yoginis, and what is their role in the awesome power which is Shakti? How do we open ourselves to their wisdom?

The 64 Yoginis dance through various puranas of Hinduism, and their imagery is powerful, but often limited. Mention of them seems to have disappeared and been hidden away in the vaults of museums. To know more of the Yoginis we must look deeper into the mystical texts of Tantrism.

The Kaulajnananirnaya Tantra, recorded by the sage Matsyendra Natha, brings the message of the Yoginis into form. As a rishi (sage), the author traverses various realms on his journey to enlightenment. He attains true wisdom when he encounters the Yoginis in their home world, Kama Rupa, the Realm of the Senses. They gift him with their divine knowledge, and he returns to the manifest world, composing the text from his experiences. This transmission tells the story of his journey, mentions the Yoginis by name, and details the meanings of their embodiments.

The symbolism of the yogini

The Yoginis all appear as female, possessing various tools and sacred items, riding on animals, some are composite beings with animal heads or bodies. These Earthbound qualities bring various awarenesses for us as we study their forms. Within Hindu ritual, the main tenet of bhakti (devotional practice) involves the deep observation, meditation, and study of physical manifestations of divine energies. The embodiments of the Yoginis as objects of devotion is a tool for us, to study and expand our understanding on our path. 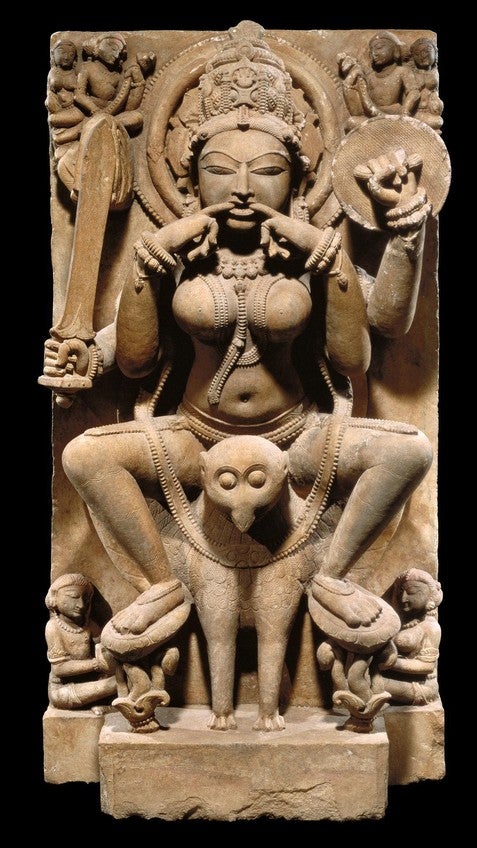 Likely the best known Yogini image is that of Sri Ida Pada Yogini, who appears riding on an owl (vehicle of wisdom), holding the index fingers of her left and right hands in her mouth performing Pranayama, symbolizing the harmonizing of the ida and pingala channels. She also emits an immense whistling sound which is a cosmic vibration. She clears negativities and brings equanimity to all pursuits, but also catalyzes awareness through divine vibration. She is just one example of the many forms of Yogini who appear in the few temples still remaining in South Asia. 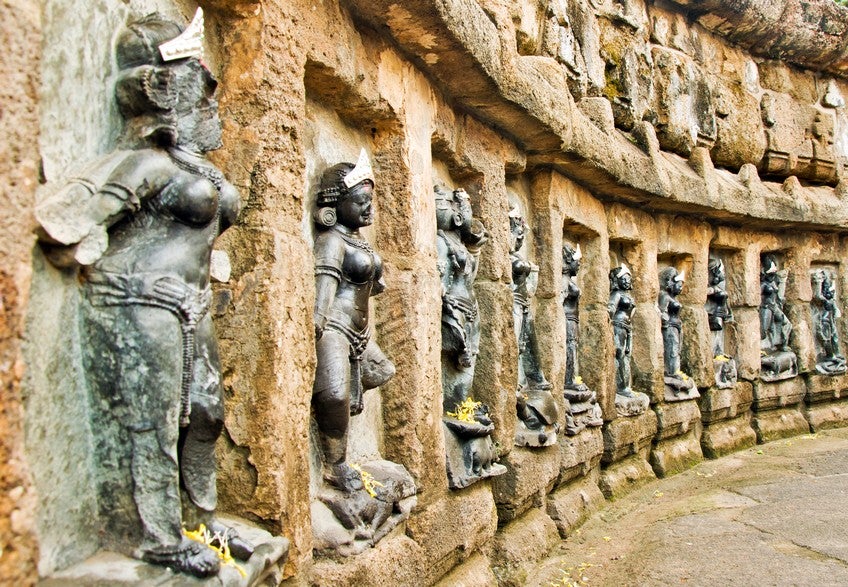 There is a distinctive symbolism to the design of the Yogini temples, as they are constructed in a circle or rectangular form, open to the sky. Their layout is a stark contrast to the standard temple form, which encases the Goddess within the garbha griha, or spiritual heart of the structure. The Yoginis circle is symbolic of the great Chakra wheel of existence. They are seated in a circle surrounding us as guardian energies, not Goddesses, as our guides, ushering us towards deepened divine states.

The number 64 relates to the vayus (winds) in our body, and the Yoginis are stimulating the nadis (centers) into deepened awareness. As yogis, we are constantly tuning our listening skills, balancing discernment with openness and commitment to svadhyaya (self study). This willingness to be vulnerable and receptive gives us hits of truth along the way, as we align with our heart. This is what we can call Shakti svarupam, the divine message living its energy out through us.

Finding the yogini within

So may we call ourselves Yoginis? My feeling is yes. Yogini means to be receptive to the universal support available to us, by listening to our heart! To be aligned with our truth, vulnerability, and strength. To be dedicated to deep study of the self, our world, and the universe. To expand into ourselves fully as embodiments of Shakti! To study this forgotten lineage of the Yoginis and Female Mystics who came before us, and trust in our connection to them as enlightened women. 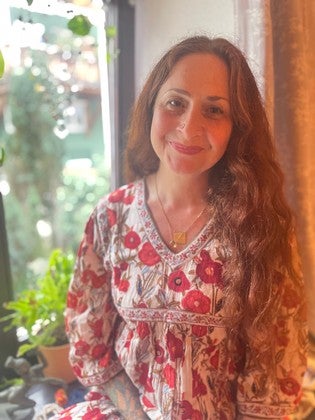 As a lifelong student of spirituality and movement, Uschi took a deep dive into South Asian spiritual traditions when she moved to the holy city of Varanasi, India, 14 years ago. A dedicated student, Uschi's learned to speak fluent Hindi which allowed her to connect into this ancient culture at heart level. Uschi hosts international yoga trainings, teaches classes online, and works in community development projects and women empowerment in Varanasi, and other North Indian cities.

Kate M
2 people like this.
This is fascinatingly informative. Is there a way to connect with you in regards to the intensive workshops you offer in Varanasi?     : )

Uschi Gibson
1 person likes this.
Kate M I just sent you a message, looking forward to hearing from you!

Patricia Sullivan
1 person likes this.
Hello Uschi! So great to read about your time in Varanasi and what you've learned about the yoginis and where that's taken you. Happy to know about your offerings. Thinking of you often and sending love your way!  Patricia
Skip to Latest 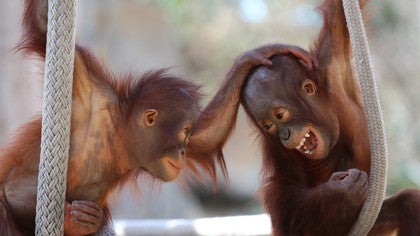 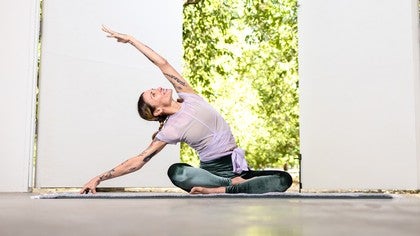 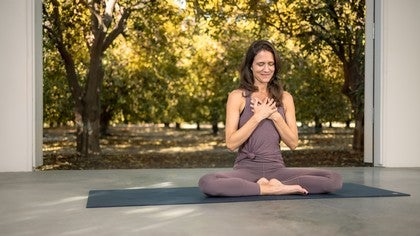 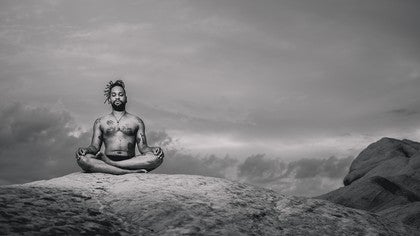 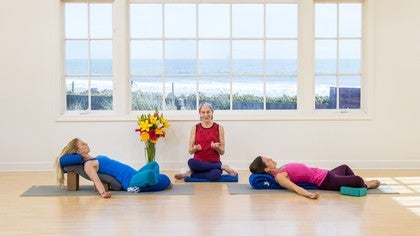