Getting to Know the "Gita"

Loading...
Ever had a teacher mention "The Bhagavad Gita" in class and the words sound lovely but they go in one ear and out the other? What is The Gita even about? And how can such an archaic text possibly be relevant in our modern lives? This article will break it down for you. We’ll explore the basics of The Bhagavad Gita, delve into some backstory to help us understand the setting of the epic tale, and even explore how the ancient epic might apply to your present-day adventure called life.

I remember my earliest yoga teachers saying the words: ”Bhagavad Gita”. I loved how the words rolled off their tongues languorously, with just a hint of staccato in the word “gee-tah” to perk my ears with intrigue. I had absolutely no idea what they meant.

Perhaps you’re in the same boat.

The Bhagavad Gita translates as “Song of the Spirit” or “Song of the Lord” and is part of the tremendous Indian epic called the Mahabharata, written sometime between 400 BCE to 200 CE, which includes over 100,000 verses spanning eighteen books. The Mahabharata, whose author, Vyasa, is perhaps more of a legend than an actual figure (think Homer of Greek poetry), shifts gears and freezes time to give us The Bhagavad Gita at Book 6.

In my effort to pique your interest in The Gita, let’s first unveil the challenges that can make the text so daunting:

Approaching The Gita knowing these impediments are afoot can enhance our navigation of the text. We don’t have time to tackle #1, but we can pursue the other two impediments. In an attempt to make The Gita more approachable, let’s answer the questions: What’s it about? and Why does it matter?

In regards to backstory, let’s start with the question of who is fighting and why.

We’ll begin with two brothers, both of whom are kings. The eldest brother, King Dhritarashtra, is blind, representing the obscurity of our sense-mind (manas). He has one hundred sons, an impossible number, displaying the innumerable tendencies of our senses to lead us astray. Raised like a pack and functioning under the leadership of their oldest brother, Duryodhana, the hundred sons are called the Kurus. You might call them the “bad guys.”

Meanwhile, the younger brother of King Dhritarashtra is King Pandu. King Pandu is not blind and rules with pure, discriminating intelligence (buddhi). He has five sons in total, representing the five lower chakras. Out of these five brothers comes our protagonist, Arjuna, who symbolizes the 3rd chakra. Arjuna is the self-control we call upon to keep us on course. The five chakra brothers, sons of King Pandu, together are called the Pandavas. You might call them the “good guys.”

The sons of the two kings, the Pandavas and the Kurus, end up being raised together under the same roof by the blind King Dhritarashtra. All the sons become skilled warriors, but the Pandava brothers prove to be far more accomplished, with Arjuna becoming the most proficient of all.

The Kurus take the winnings and send their cousins into the forest for twelve years of exile. According to the terms of the bet, the Pandavas must also endure a thirteenth final year in complete disguise. If they can pull this off, the Pandavas are told the rule of their kingdom will be restored.

The Kuru brothers wave goodbye to their exiled cousins and embrace life without the goody-goody Pandavas around to constantly outshine them.

Of course, the masterful Pandavas pull it off -- all thirteen years in exile. But when the five brothers return to their kingdom, the Kurus completely renege on the deal, leaving the Pandava brothers with no choice but to fight or return to the forest.

Hence, the battlefield as our introductory scene of The Bhagavad Gita. Arjuna looks around, paralyzed by the fact that he is being asked to kill his own family members and collapses onto the floor of his chariot, refusing to fight.

Okay, so we have some understanding of the reason for the battle and Arjuna’s plight, but if The Gita is an allegory, what’s the significance of Krishna as a charioteer in the story?

The View from the Floor of your Chariot

Before the war, both Duryodhana (Kuru pack leader) and Arjuna (our hero) go to seek counsel from their uncle, Krishna -- neither of them suspecting that their uncle is the Divine incarnate.

Arjuna, on the other hand, stands at his uncle’s feet and is the first to be seen when Krishna awakes, securing first dibs when Uncle Krishna presents his dueling nephews with a choice. Krishna offers: You can have my entire army or you can have me.

Duryodhana is astonished when Arjuna, who could have chosen the army, chooses Krishna alone. Duryodhana chuckles brazenly and leaves the tent, confident that he will win the battle with the extensive support of Krishna’s army.

Arjuna, virtuous and intrepid, knows that without the guidance of the All-Knowing, no army will save him. Even though Krishna has promised He will not carry a weapon to fight in the battle, Arjuna is sure that he must have Krishna’s wisdom guiding him.

Arjuna chooses to be driven by the All-Knowing.

Yet even with Krishna holding the reins, when the time comes to actually fight, the humanness of our hero is exposed as he becomes paralyzed with angst. Despondent and mystified, Arjuna is asked to act in a situation that is paradoxical: does he fight for honor, slaughtering his uncles and cousins, or does he surrender to the wicked, laying down his weapon in a cowardly retreat?

Looking around in the timeless moment at the start of the battle, Arjuna wonders, How can I possibly do this? To which Krishna responds essentially, How can you not?

Krishna explains that there is no such thing as inaction. He says to Arjuna, “Actionlessness is not attained simply by avoiding actions. By forsaking work no one reaches perfection” (Chapter 3, Verse 4). There is no escaping action. There’s no escaping the choice Arjuna must make.

THE CHOICES WE MUST MAKE

Perhaps you’ve been in Arjuna’s shoes. You’re facing a grave conundrum in your life -- forced to make an incredible choice. You drop to the floor, bewildered and lost, refusing to continue because you don’t know which way to go; you find fault in every direction.

What if, in this moment, time stood still for you and you were granted a conversation with the All-Knowing? All the wisdom of the universe was suddenly in your midst. What if the answers were made available?

The Bhagavad Gita gives us this scenario. By letting us live vicariously through Arjuna, we come to know the teachings and they help us feel the way to our own answers.

The wholeheartedness that The Bhagavad Gita inspires within us stands atop a foundational commitment to non-attachment. Krishna says to Arjuna, “Miserable are those who perform actions only for their fruits” (Chapter 2, Verse 49).

We are encouraged to balance our enthusiasm with a dispassionate approach to outcomes, to be dedicated but at the same time detached. This, in itself, is puzzling. There will be many choices along the way that force us to pause and ponder – Which way do I go? When a choice is grave, it seems impossible to maintain detachment toward the outcome of our decision.

I recall Ravi Ravindra saying in a lecture that “true freedom is when there is no choice” -- when we know what to do and which way to go. When we have clarity, the feeling of assuredness is liberating.

The Bhagavad Gita can be the compass that guides us to this liberation. The glory of The Gita is that it points us to this unshackling... to a freedom from the burden of choice through the power of Divine discernment. 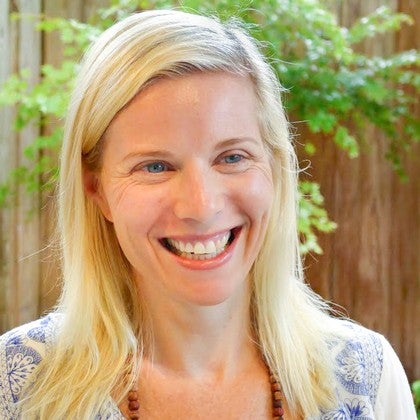 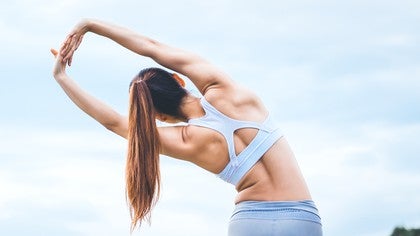 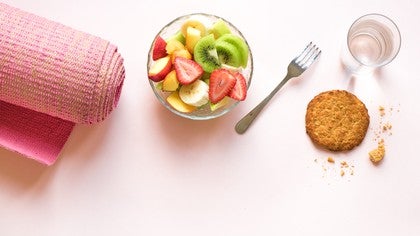 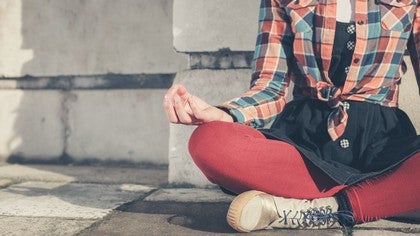 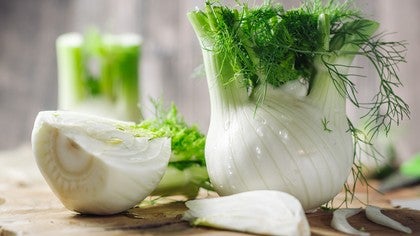 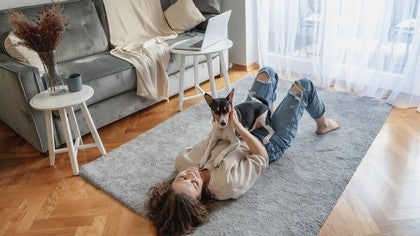