Inspired by the seventh limb, Dhayana, we hone our intuition and create mind space with this traditional old-school sanskrit count. David, with the help of Shelly, guides us in a counted Primary Series sequence—moving through Surya Namaskars (Sun Salutations) and standing postures. David then guides us through Janu Sirasana A (Head-to-Knee Forward Bend) and Marichyasana C (Bound Sage Pose), before closing with the "finishing postures".
What You'll Need: Mat, Blanket (2)

Go to this Show Season
With attention towards the interior limbs, David, with the help of Shelley, guides us in a practice that helps to hone our concentration and focus. 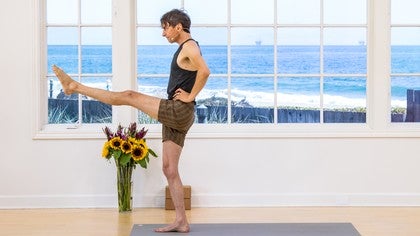 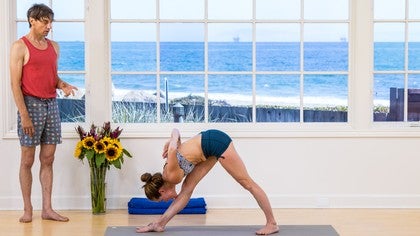 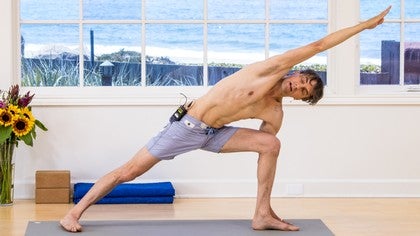 Michelle F
1 person likes this.
thank you DG for such a wonderful series- your "Im here and I belong here" followed by the conch wow - that really moved me!
loveandpeacexxx

Sharon C
It's so nice to see at least one authentic ashtanga teacher on here. Thank you, David, for sharing the tradition and not dumbing it down.