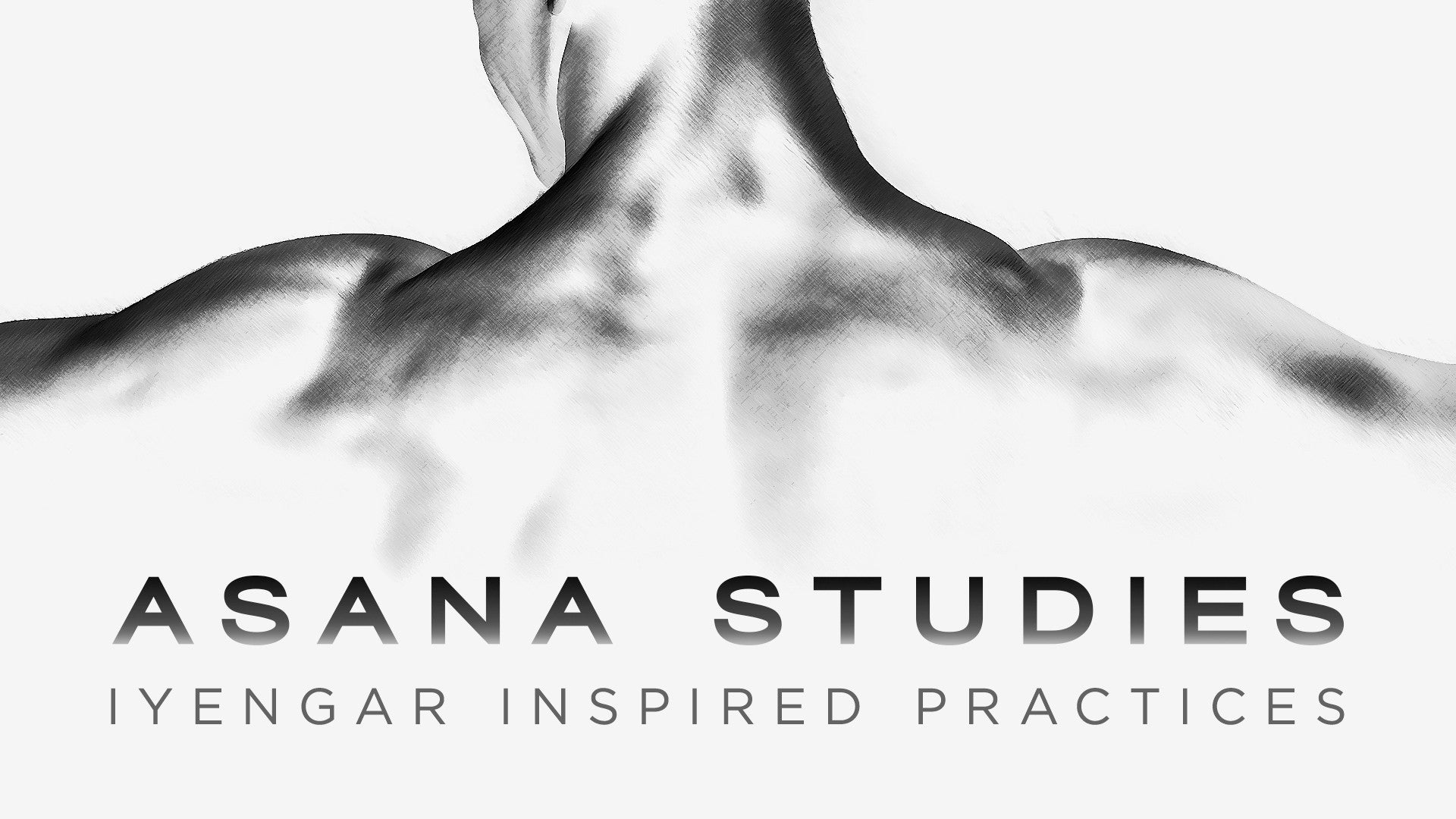 Allow your scapula to feel receptive to the intension of your hands. Chris skillfully guides us through a lesson that allows us to feel the intimate connection between the hands and the scapula.
What You'll Need: Mat

Go to this Show Season
This Episode
Chris skillfully guides us through a lesson that allows us to feel the intimate connection between the hands and the scapula. 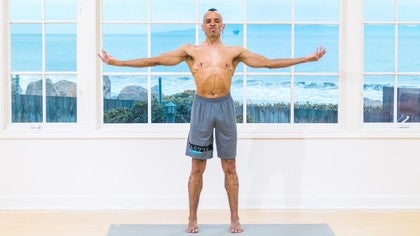 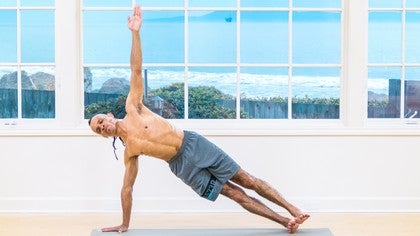 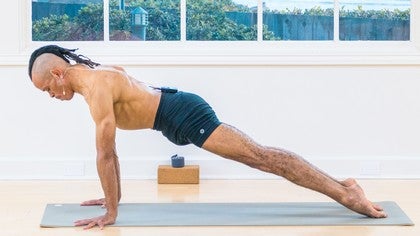 Sally V
2 people like this.
Thank you Chris! What insight. This is going to change the way I practice. Stability & correct distribution of weight is exactly what I need as I move from rehabilitating my shoulders to strengthening them. I will carry this on to my mat daily. Game changer! Namaste

Chris Hoskins
1 person likes this.
Hi Salve, I'm happy to hear that you find benefit from the approach. It's great that you're clear about what you need to rehab your shoulders. Please let me know if you have questions.

Frederic M
1 person likes this.
Great advice Chris! I loved the weight distribution in the hands, it makes so much sense to relieve the wrists!

Chris Hoskins
Hi Frederic, Yes. It's interesting that something so simple - yet challenging - can have wonderful ripple effects.

Nicole F
1 person likes this.
Thank you so much Chris Hoskins ! This is great! I have a question though... is it through the pressing action that we avoid activating too much through the upper traps? Thanks!

Chris Hoskins
1 person likes this.
Hi Nicole, Yes, you’re correct. It is from the pressing action.

While bearing weight in your hands, it’s from the action of pressing them into the floor that you de-emphasize activating the upper traps – the “groins” of the shoulders. The idea is that keeping the groins of the shoulders as soft as possible while emphasizing strong, active weight in the hands, the shoulders and shoulder girdle are receptive and responsive to the directive of the hands.

There is a very dense quality in the feeling of the hands while actively spreading the fingers away from each other, and actively pressing strong weight through all fingers and the whole hand into the floor; from there up to the shoulders the dense quality progressively lightens, culminating in the groins of the shoulders being soft (though you may experience strong sensation of the forearms and triceps contracting).

Chris Hoskins
1 person likes this.
Nicole (cont) Then the action of using the strong weight in the hands to push the floor away while externally spiraling the arms and moving the scapulae down the back away from the ears towards the pelvis, is the final component of de-emphasizing action of the upper traps and softening the groins of the shoulder.

Even though the scapulae are so firm against the back of your ribs, it is still necessary from the actions of your hands and arms to mobilize them and slide them away from your ears down your back towards your pelvis. This creates more space in the distance from your ears – and your occipital bones – to your shoulders.

I hope this helps. Let me know if you have more questions. Thanks.

Anne D
2 people like this.
Hi Chris, I've just discovered your videos on YogaAnytime and am really liking them! I wish you had more. Do you ever teach on the East Coast, like at Kripalu?