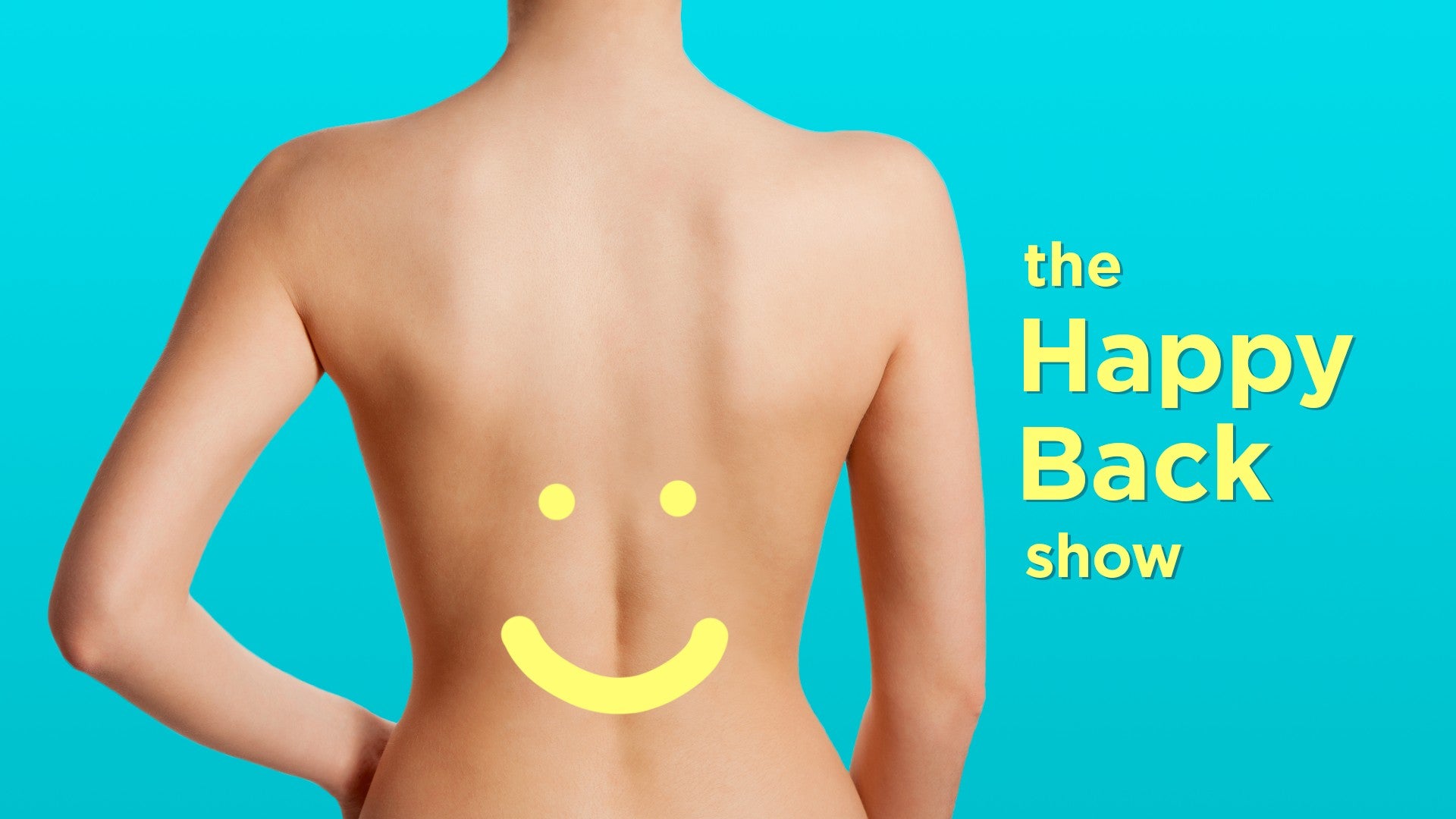 Pain is real. Arturo talks about our emotional response to pain, and invites us to consider the possibility that there is no separation between the mind and body. We explore how emotional stressors flower in our body, and look at our human tendency to label and avoid sensation when we have pain.
What You'll Need: No props needed

The Happy Back Show - Season 2: Low, Mid, and Upper Back Relief

Go to this Show Season
This Episode
Arturo talks about our emotional response to pain and invites us to consider that there is no separation between the mind and body. 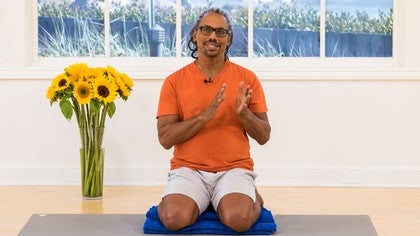 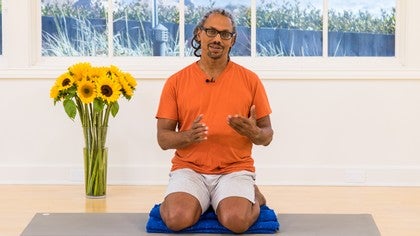 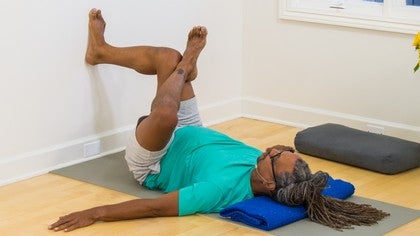 Rylla R
2 people like this.
Hello Arturo. So nice to "see" you again. Please keep these coming - I am teaching more and more gentle yoga and want to keep learning from you. Warmly, Rylla (RainbowYoga 2014)

Marise N
2 people like this.
Thank you for this talk. You have opened my eyes to pain issues. I do couch asana too much and live with fear of hurting more.Because of this, I think of myself as a pseudo yoga teacher questioning if I should teach. I am going to explore this 'emotion flowering into the body' more. Not stop moving but teach awareness more to myself and other. THANK YOU!

Elissa P
2 people like this.
Arturo! Sooo great to see you here. I live kind of remotely near Bend, Oregon now, and I've joined YogaAnytime in order to practice. I'm really enjoying seeing some old friends here. And was beyond words delighted to find you here. Brought back so many memories! For some reason, I cried through this whole talk; didn't try to explain it away... just let the tears flow. So wonderful to hear your voice and witness your sweet wisdom. I miss you and would love to see you if you're north or I'm south. Sending huge hugs and much love. Thank you for being you! Elissa Pfost

Vilma Saldate
2 people like this.
I love how you teach and talk it’s son clear, thank you Arturo!

Lorraine Marek
1 person likes this.
Thanks for the talk. My SI joint is sore from a recent yoga conference where I let my ego guide me to keep up with younger colleagues. I will keep moving & breathing
Lorraine Winnipeg Manitoba canada

Arturo Peal
Lorraine Marek there’s multiple layers of connection and joy that I get when practicing in community. Part of my challenge is to listen inside more than I watch outside. I wish I had blinders sometimes.
Keep on breathing, I will too! 🙏🏾🙇🏽⚜️
Top Skip to Latest