The Elements of Ashtanga

Underneath the umbrella of yoga, there are so many different styles of practice. Sarah explains the 5 key elements of the Ashtanga Practice: bandhas, ujayyi pranayama, drishti, vinyasa, and repetition.
What You'll Need: No props needed

Go to this Show Season
This Episode
Sarah explains the 5 key elements of the Ashtanga Practice. 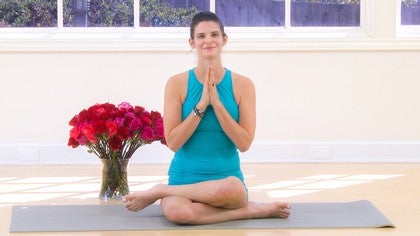 The Elements of Ashtanga
Sarah Lowe
Talk
10 min
The Ashtanga Practice
Ashtanga
Watch Next
Sarah unpacks the small details of Surya Namaskar A and B to allow this challenging pattern to feel more accessible and inviting. 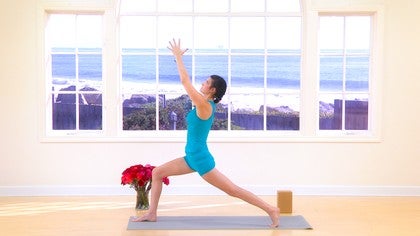 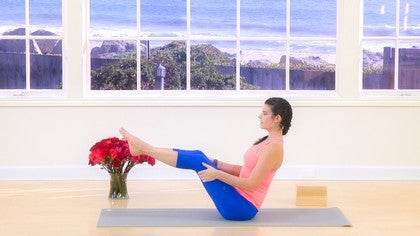 Vicki Luccio
6 people like this.
Love how she explained Ashtanga yoga... I have wanted to know for years a simple explanation with some understanding . She did it... Thank you

Ted J
3 people like this.
I also really appreciated this explanation.

Sarah Lowe
1 person likes this.
Thank you both for watching and connecting here! Let me know if you have any questions - happy to share this great practice!

Alexis G
2 people like this.
This makes me happy, and makes me want to practice.

Amy Havens
2 people like this.
Thank you, this was wonderfully stated!

Elke I
1 person likes this.
Thank you. Nicely said and inspiring

Andrea B
1 person likes this.
Thank you! I've been practicing for a while and sometimes you tend to forget these essencial things :)

Kate M
1 person likes this.
I hadn't thought of repetition that way - as a tool to become aware of change. Yes. Thank you, Sarah.

David G-
This episode was illuminating. Several of your jokes also landed, and Kate M's comment is spot-on.
Top Skip to Latest