Deep Exploration of the Hips

Maria begins with a short talk about approaching advanced hip opening postures in the First Series. We begin slowly with Surya Namaskars (Sun Salutations), lunge variations, and twisting to awaken the shoulders, hips, and the gallbladder and Shao Ying channels, in preparation for Kurmasana (Tortoise Pose), Eka Pada Sirsasana (Legs-behind-the-head), and Yoganidrasana (Yogic Sleep Pose) with the support of props. We find a sweet closing with Viparita Karani (Legs-Up-the-Wall) to release and surrender.
What You'll Need: Mat, Square Bolster, Strap, Block

Go to this Show Season
This Episode
We build toward Tortoise Pose, Legs-Behind-the-Head, and Yogic Sleep Pose with the support of props. 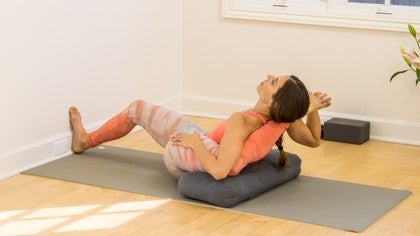 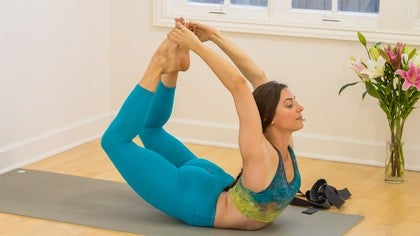 Advanced Backbending
Maria Villella
Level 3
60 min
The Ashtanga Practice
S3 - E8
Maria guides us in a detailed tutorial on how to drop back and come up to standing. 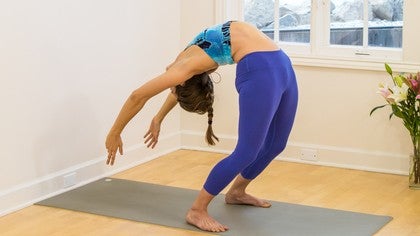 Kate M
3 people like this.
Such a lovely, deep practice. Your voice and cues exude a deep, compassionate intelligence and respect for the body. Many thanks for this offering, Maria.