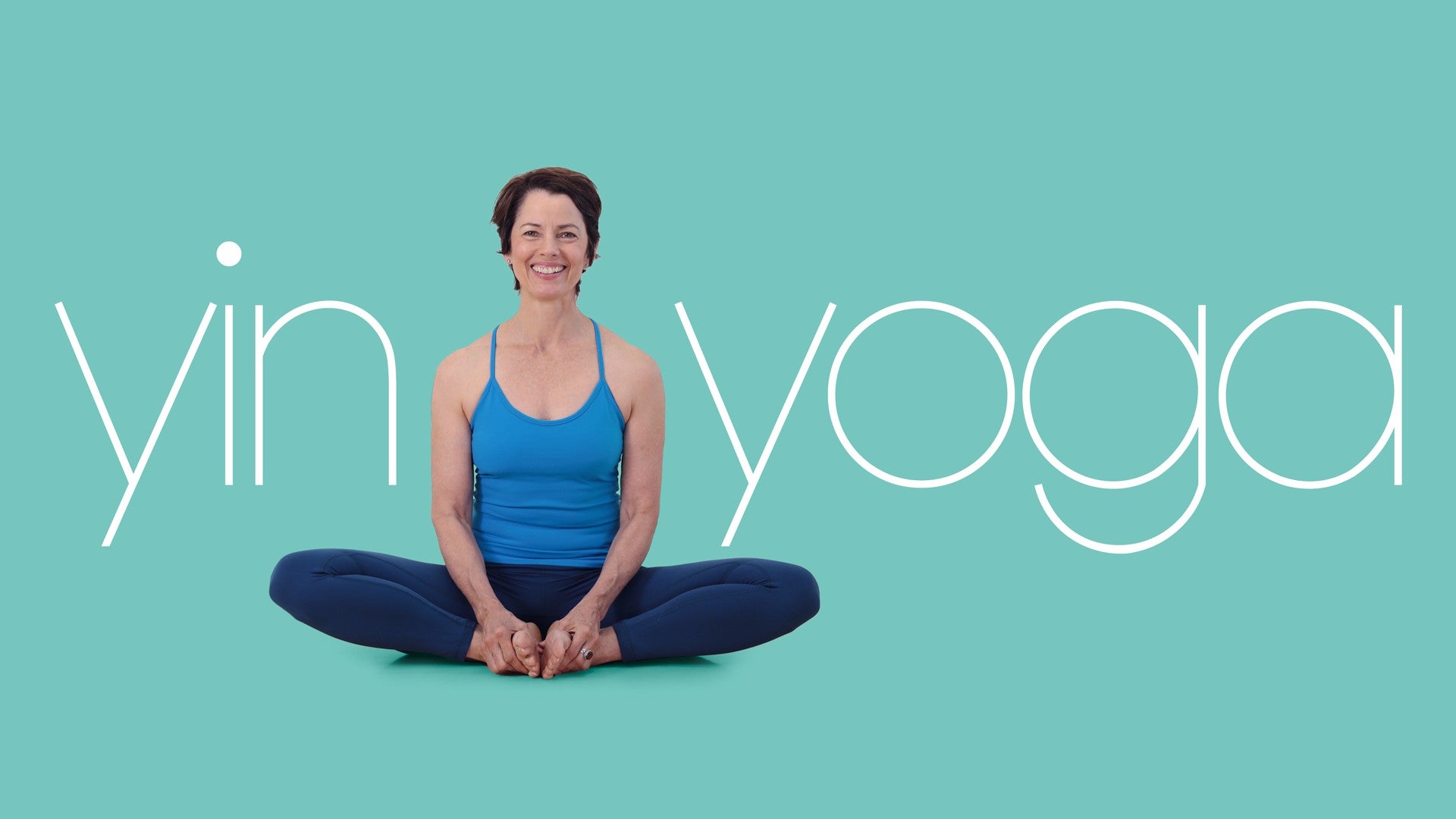 Principles of a Yin Practice

What makes a practice Yin? Kira offers three general principles of a Yin practice including offering yourself to a posture for a more extended period of time, in a more passive way, at an appropriate edge. This passive holding is an invitation to become more intimate with the internal, subtle details.
What You'll Need: No props needed

Go to this Show Season
This Episode
Kira offers three general principles of a yin practice: holding a posture for an extended period of time, in a passive way, at an appropriate edge. 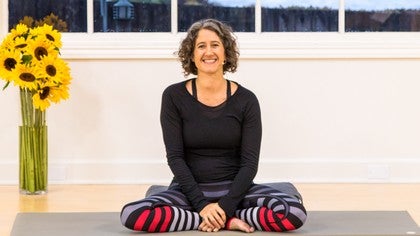 Principles of a Yin Practice
Kira Sloane
Talk
10 min
Yin Yoga
S1 - E3
Watch Next
Kira leads us in a gentle sequence designed to offer an easy entry into the Yin practice. You will feel held and calm. 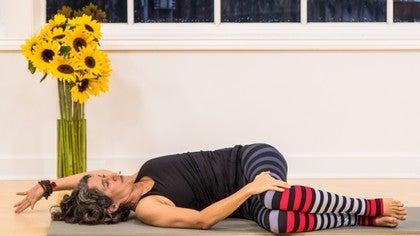 Begin to Yin
Kira Sloane
Level 1
25 min
Yin Yoga
S1 - E4
Kira offers a series of Yin postures, holding each pose for 2-3 minutes, to help us find ease and comfort in the hips and lower back.

Gerdi
1 person likes this.
????????????....great introductions Kira. Looking forward to tuning in much more to yogaanytime as Well as Building my own home practice. Gerdi ????

Macha B
So well explained. Bravo, and thank you!

At around 4:35 you mentioned that more and more research shows that flexibility is more a quality of the nervous system than of muscles, tendons, etc.. Fascinating! If you have any papers, articles, or short book recommendations or links exploring this research, I'd love to check them out!

Kira Sloane
2 people like this.
Hi Spencer! You can get started here with the amazing Brook Thomas of the Liberated Body Podcast.
http://breakingmuscle.com/mobility -recovery/stretching-doesnt-work-th e-way-you-think-it-does

Katherine F
thanks Kira. And I appreciate Spencer's question as i have the same.......what an absolutely fascinating topic and i will look into that podcast....but would love if you explain more as well in future.

Kira Sloane
Hi there Katherine! You and Spencer have inspired me to put together a blog post pointing towards resources. Like every topic, its endless and fascinating. Meanwhile, I hope you like Brook's podcast!

Laura B
You've got the CUTEST leggings!!! Can you share the designer's name?

Kira Sloane
Hi Laura, thank you and of course! KDeer is the brand. She has an online store. I love them! xok

Victoria S
1 person likes this.
Hi Kira Sloane! I'm brand new to yoga (actually just starting to flirt with it) but quite seasoned in other somatic psycho-physical practices and your explanations and general demeanor, spoke directly to my heart and mind. Thank you! I've truly been inspired to delve deeper into Yoga. Blessings from Uruguay!

Kira Sloane
So glad you are here, Victoria! Look forward to hearing about your findings. With Love, Kira
Top Skip to Latest
Showing 1-10 of 11