Practicing with the Planets

Loading...
One of the most thrilling parts about creating a new show for Yoga Anytime is picking the inspiration for the sequences. Here’s a little glimpse behind the scenes of how that process unfolded for me for my new show, "Yoga and Ayurveda".

The theme of the first season is “Practicing with the Planets”. Each sequence is designed to invoke the different qualities of the planets according to Jyotish, an ancient Indian system of astrology, associated with Ayurvedic chikitsa, or treatments. Both Ayurveda and Jyotish see us as the microcosm of the macrocosm, and share powerful tools to feel more in harmony with the circumstances of our lives.

My intention with this show is to share my journey through the Cosmos with the Yoga Anytime community, and offer a bit more background information on each of the sequences in the series.

About ten years ago, my Ayurveda teacher Dr. Vasant Lad did a fascinating three hour workshop on the Planets, their qualities, and the way they influence our lives. He explained that the Indian method of astrology, called Jyotish, or “Science of Light”, is a complex system that takes into account the position of the planets at the time of our birth. We can utilize our Jyotish astrological chart to guide us towards our natural strengths and navigate the areas of challenge in our lives.

He then proceeded to take us through many intricate charts with different “houses” and how each of these houses would be affected by the planet residing there at the time of our birth. The houses represented different aspects of our lives like career, health, and creativity, as well as corresponding to parts of our body and stages in our lives. He discussed how different planets would affect different houses, how planets could be benevolent, malevolent, or neutral. He then proceeded to tie it all to Vastu Shastra, the Indian concept of good design for homes and businesses. He produced an incredible amount of information, and we were all hanging on his every word and scribbling furiously in our notebooks, trying to keep up. At the end of the workshop, he gave a little dismissive flick of his hand and said, “But I know nothing of Jyotish. It is not my specialty.” Whaaaa? My curiosity was piqued, so…

I signed up for a four day intensive with Margaret Mahan one of the most well respected practitioners of Jyotish in the West. Margaret took us through each of the Planets in more detail throughout our time with her. Each Planet, or graha ("to grasp", "to hold") in Jyotish had an associated deva or devi (god or goddess), a mantra, an Ayurvedic dosha, and certain practices that could “appease” the planet ruling the issue that might be troubling for you. For example, if you are trying to strengthen your abilities as a Teacher or invite more wisdom into your life, a Jyotish astrologer might advise you to wear a yellow sapphire ring, set in gold, on your index finger, to appeal to Jupiter, the Guru Planet, and do the mantra for Jupiter one hundred and eight times for forty days. What a lovely prescription!

I began to do some more in depth study on my own, watched a lot of youtube videos, had my own Jyotish chart done, (which was frighteningly accurate), and got some amazing books, including one that has become a favorite. It’s about the mythology of the Planets, called The Greatness Of Saturn by Dr. Robert Svoboda.

in 2012 I was fortunate enough to be introduced to the Johari family by some of my teachers. Harish Johari was a great Ayurvedic scholar, artist, and yogi. His family has carried on his legacy and continues to pass on his wisdom to those who make the pilgrimage to Haridwar, a holy city in Northern India. Seema, his daughter, and Anushree, his granddaughter, are incredibly generous and not only taught me more about the Navagraha (the Nine planets of Jyotish) but also practiced the mantras with me and told me about the days of the week associated with the planets and the appropriate colors for those days. There were even days that were considered to be more appropriate for certain activities, foods, and practices, according to their ruling Planets.

Wow! There was so much to learn! And it was like peeping through a peep hole that just kept getting bigger and bigger, revealing more of this cosmic world. I began practicing the planetary mantras daily. Why not get a little help from the Universe as we go about our daily lives? The word mantra comes from the Sanskrit manas, meaning “mind” and and tra, meaning “tool”. I have always found it a very centering practice. The repetition is very soothing, and it can be done anywhere, either out loud or silently if necessary.

I still do the mantras regularly, and try to honor the colors of the planets on the appropriate day. It’s okay if it’s just a tiny bit of the color. Think of it as a sign of respect - an acknowledgment of our connection to the Universe. Spoiler alert: you will see this in the colors of my clothing in the sequences. Every planet has its own color, and we honored that throughout the season.

All this to say, when it was time to pick an Inspiration for the season, it was an easy choice. Jyotish gave me so many guidelines that I felt like half the creation was already in place. I knew the mantra to recite, the color to wear, the quality of the planet to invoke through the movement…it was such a joy to be given a cosmic headstart!

And how should you know which planetary sequence to try?

The list below should be helpful. You may choose a planet by which day of the week it corresponds with, or pick one that feels appropriate for what you need on any given day: strength, gentleness, a watery flow or crisp alignment. It’s all there for your choosing. I hope you enjoy the Season, and please feel free to get in touch with any questions or if you would like recommendations for further study. May the Planets shine their grace upon you!

Day of the Week: Sunday

Helpful for: Uplifting mood, being generous and/or charismatic

Day of the Week: Monday

Helpful for: If you need gentle replenishment

Day of the Week: Monday

Helpful for: If you are feeling isolated, a little disconnected

Day of the Week: Tuesday

Day of the Week: Wednesday

Day of the Week: Thursday

Helpful for: Getting in touch with intuition, clear mind and sharp focus

Day of the Week: Friday

Helpful for: Getting in touch with sensuality, beauty, and creativity

Day of the Week: Saturday

Practice with the Planets with Ali in her new show, Yoga and Ayurveda, now available only on Yoga Anytime. 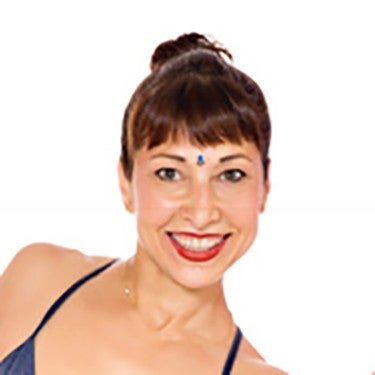 Ali is a yoga teacher and Ayurvedic practitioner based in New York City. She believes deeply that the practices of yoga and Ayurveda can teach us to live our lives with integrity, balance, and grace, if we are willing to do the work. You can practice with Ali on Yoga Anytime in Ayurveda: Yoga Practices to Feel Like Yourself.

Kate M
1 person likes this.
I'm loving your carefully crafted season "Practicing with the Planets", Ali! Sharing sequences for us to embody the science of Jyotish is a great addition to this YA website. So many thanks for sharing your understanding with us!!
Skip to Latest 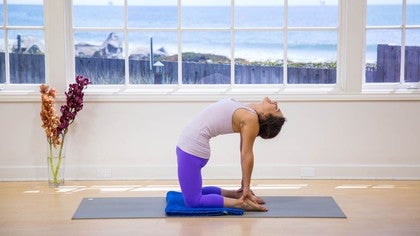 How Yoga and Strength Training Compliment Each Other 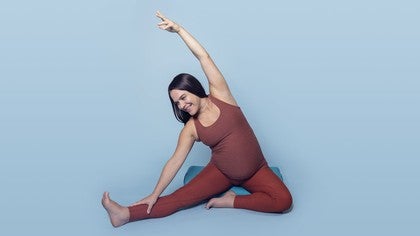 Pregnancy, Yoga, and Learning to Surrender 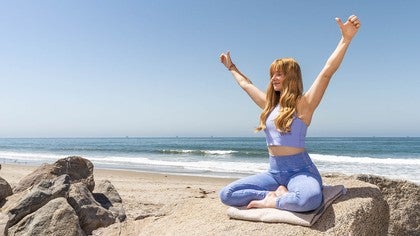 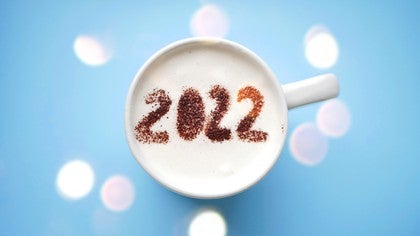